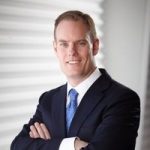 Brandon is the former President of Allsteel and officer of HNI Corporation, one of the largest manufacturers of office furniture in the world. During his tenure at HNI Corporation (1994-2019), Brandon held multiple senior leadership roles spanning a variety of global and domestic businesses, markets, and customers. His broad-based business background includes creating and executing vision and strategy for growth and turnaround companies. Brandon also serves on the board of directors of Central Banc, Inc. in Illinois.

Brandon was raised in a committed Christian family and married his high school sweetheart, Deb. They have three daughters Kay, Nina, and Georgia, and currently reside in Iowa City, Iowa. They have been applying what the Bible says about handling money their entire marriage and are actively involved in ministry in their local church and community.

After nearly three years in a mentoring relationship with Founder and Chairman Howard Dayton, Brandon joined Compass – finances God’s way as its President and CEO in September, 2019. Brandon is excited to serve Compass in pursuit of its global vision to see everyone, everywhere, faithfully living by God’s financial principles in every area of their lives.

Kyle Hasbrouck graduated from Flagler College in 1997 with a B.A. in communications. After graduating college, he served on Young Life staff for eight years as a Church Partner in Daytona Beach, Florida and as the Young Life Area Director in St. Augustine, Florida.

In 2001, Kyle married his wife (Danielle). They were both deeply impacted through their pre-marital counseling by a Crown Financial Ministries small group study. As they started applying God’s word on finances in their own lives, they began to see the ministry opportunities and the need to take this message of stewardship to others.

In 2004, Kyle felt a calling to join Crown Financial Ministries. From 2004- 2010 Kyle served as the Area Director for Northeast Florida, the District Director of Florida and Georgia and later as a Development Officer for the Crown home office.

Dr. Andrés Panasiuk is the son of a Ukrainian family, grew-up in a Russian-speaking church, in an Italian neighborhood, in a Latin American country and is married to an American missionary who grew-up in Zimbabwe!

Andrés and Rochelle’s multi-cultural life experience helped them to serve in a unique way the Latin American immigrant communiy in Chicago.  God called them to minister for 10 years in one of the most violent neighborhoods in the inner-city.  He also became the Administrator at the only Spanish-language Christian radio station in the city.

It was out of his experience as a church planter, a Senior Pastor, and a broadcaster that Compass Latino and The Institute for Financial Culture were born.  What started humbly in a poor, inner-city neighborhood, today has grown to be the most influential Stewardship Ministry in Latin America.

Andrés is a writer, teacher and a beloved conference speaker around the world.  He reaches millions of people through his books, radio programs and conferences.  Every year he spends six to eight weeks traveling thru Eastern and Western Europe, Asia, China and India.  His books on Biblical Stewardship have been translated to many languages and distributed in European, African, Asian and Latin American countries -including the United States.

Dr. Panasiuk has a degree in Communications, with a focus on Interpersonal and Group Communications. He has received two Doctorate degrees honoris causa –one in Divinity and another in Business Administration. He, his wife Rochelle and his three children live in Central and Northern Florida. 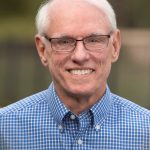 Howard Dayton graduated from Cornell University and served two and a half years as a naval officer. After developing a railroad-themed restaurant in Orlando, Florida, Howard began his commercial real estate development career in 1972, specializing in office development.

After a business partner challenged him to study the Bible to discover what God teaches about handling money, Howard’s life was profoundly changed. The Lord gave him a passion to share these life-changing principles, resulting in the authorship of five books, Your Money Counts, Free and Clear, Your Money Map, Money and Marriage God’s Way and Business God’s Way. He also has authored six small group studies, including Charting Your Legacy.

Howard founded Crown Ministries in 1985 which merged with Larry Burkett’s ministry in 2000 to form Crown Financial Ministries. During his tenure as CEO, Crown taught more than 50 million people in 88 countries. Howard transitioned from Crown and in 2009 founded Compass—Finances God’s Way. Compass currently serves in 85 countries. Since beginning in ministry, he has served as a full-time volunteer.

Howard married Beverly in 1971 and they had two children and four grandchildren. Beverly went Home to be with the Lord after a courageous five-year journey fighting breast and bone cancer. Howard married Lynn in 2019. They reside in Central Florida and Charleston, South Carolina. He has led more than 75 financial small groups.

Timothy Manor graduated from Brown University in 1971 and from the Vanderbilt Law School in 1974. That year he joined the Lowndes, Drosdick, Doster and Kantor law firm where he currently serves as a senior partner. Mr. Manor is General Counsel for CNL, one of the nation’s largest privately held real estate investment and development companies with more than $23 billion in assets.

Timothy Manor formerly served on the board of Crown Ministries and has been active in his church and many Christian organizations. He has been married to Beth for 37 years, and they have two children, Marty and Scotty (married to Rebecca).

Paul Rahill attended the Citadel and Rollins College. He is the former owner, President and CEO of Industrial Equipment & Engineering Company, one of the leading manufacturers of cremation equipment in the world. Paul currently serves as President of Matthews International (MATW), Cremation Division, a NYSE listed company.

Paul serves as the board of directors of The Jobs Partnership of Florida, The Father’s Table Companies and Foundation and Northland Community Church. He also served as the vice-chairman of Crown Financial Ministries. He has been married to Marcia for 29 years and they have two sons, Christopher and Collin.