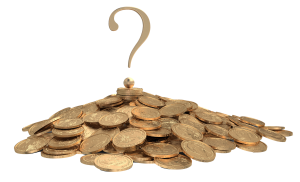 A wealthy man was asked if he had seen the seven wonders of the world. He responded, “No, but I do know the eighth wonder of the world—compounding.” It’s important to understand the three variables in compounding: the amount you save, the percentage rate you earn, and the length of time you save.

The amount you save depends on your income and spending. We hope you will increase the amount available for saving as you learn God’s way of handling money.

The second variable is the rate you earn on an investment. The following table demonstrates how an investment of $1,000 a year grows at various rates.

As you can see, an increase in rate has a remarkable effect on the amount accumulated. A two percent increase almost doubles the total over 40 years. But since higher returns usually also carry higher risks, be careful not to shoot for unrealistic returns.

Incredibly, Deborah accumulated more because of the earlier start. So start saving now!